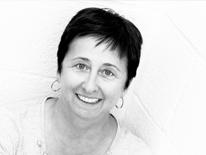 Carolyne Albert-Garvey is the Instructional Superintendent for Cluster VI. She began her school leadership career by obtaining a Master’s Degree in Educational Administration from Trinity University and a Master’s Degree in International and Comparative Education and Adult Training from The George Washington University. The first eleven years of her educational career were spent teaching at the elementary level. Ms. Albert-Garvey is a native French speaker from New Brunswick, Canada, and has taught in several French language immersion programs in Canada, Maryland, and Virginia. In 2000, she left teaching and joined K12 Inc., an online curriculum company that focuses on virtual schools and home-schooling. In 2004, Albert-Garvey was accepted into the New Leaders for New Schools leadership program and became the resident principal at JC Nalle Elementary School in Southeast Washington, DC.  Albert-Garvey was a principal in Washington, DC since 2005 - Ben W. Murch from 2005 to 2007, Friendship Chamberlain from 2007 to 2009 and Maury Elementary on Capitol Hill from 2009 to 2018. Major accomplishments include a Department of Education Blue Ribbon while at Murch ES in 2007 and becoming an Ashoka Changemaker School Leader in 2013. Maury had the highest gains of all DCPS schools on the 2013 state assessments. In 2014, Albert-Garvey was awarded both a Rubenstein Leadership award and the District of Columbia Washington Post School Leader of the Year. In 2016, Ms. Albert-Garvey completed the prestigious Leverage Leadership fellowship at Relay University.

View the full list of Instructional Superintendents and their assigned cluster of schools.