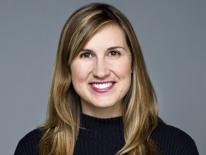 Jessica Jennings is the Chief of Communications for the District of Columbia Public Schools (DCPS), where she leads the team responsible for sharing the inspiring stories of the students, staff, and schools within DCPS. The Office of Communications seeks to improve outcomes for every student through strategic communication between and among schools, families, the greater DC community, and other stakeholders.

In her nearly two decades working in communications, she has developed strategic campaigns and handled high-stakes crisis response in the government and higher education sectors, as well as for non-profits and political organizations. Previously, she was the Director of Media Logistics for the Biden-Harris Presidential Inauguration and the 2020 Democratic National Convention. Prior to the 2020 presidential cycle, Jennings served as the Chief Communications Officer for Maryland Athletics at the University of Maryland. Her previous positions include Director of Communications at the University of Maryland, Press Secretary at the British Embassy in Washington D.C., Head of Media Logistics for the 2013 G8 Summit, and Director of Communications at the Carnegie Endowment for International Peace. She also worked on Hillary Clinton's presidential campaign in 2016 and Amy McGrath's Senate race in 2020.

Jennings graduated from Penn State University with degrees in international politics and public relations, and earned her master's degree in global diplomacy from the University of London.