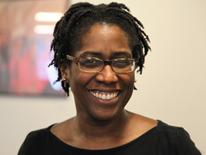 Dr. Vanessa Anderson has had a lifelong passion for learning and the academic and personal development of young people. She spent her college years as a tutor and mentor to middle and high school students and after earning her master’s degree, became a high school French teacher. After earning her doctorate, she began a career in education research and has worked at the City University of New York, the Bard Early College network, and the U.S. Department of Education’s Institute of Education Sciences, where she was a project officer on the What Works Clearinghouse and the Education Resources Information Center (ERIC). She has also taught at Columbia University, City College and Lehman College. Her areas of research include the psychosocial and academic predictors of college choice for students of color and closing racial, gender, and income-related achievement gaps. Dr. Anderson most recently served as the Executive Director of the Bard Early College at Harlem Children’s Zone’s Promise Academy High Schools where she managed the partnership between Bard College and Harlem Children’s Zone and oversaw programing for the early college. She holds a B.A. in French from Yale University, an M.A.in French Studies from New York University, and a Ph.D. in social and personality psychology from Columbia University.