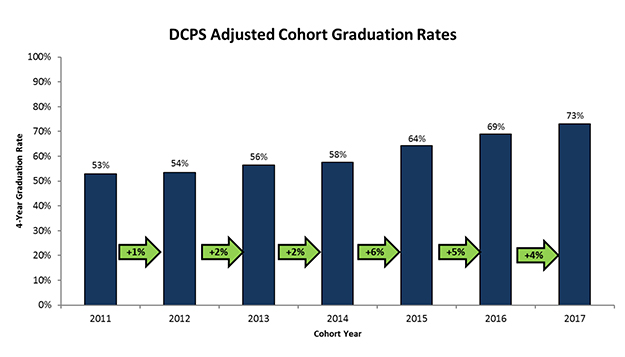 “Ten years ago, our city committed to giving all students a fair shot at success, and today, these historic graduation rates are more proof that our efforts and investments are paying off,” said Mayor Muriel Bowser. “Since initiating the reforms that turned DCPS into the fastest-improving urban school district in the country, we have made unprecedented investments in the modernization of our buildings, overhauled the way teaching and learning happens in our schools, and built a system that truly values and prioritizes collaboration between schools and families.” 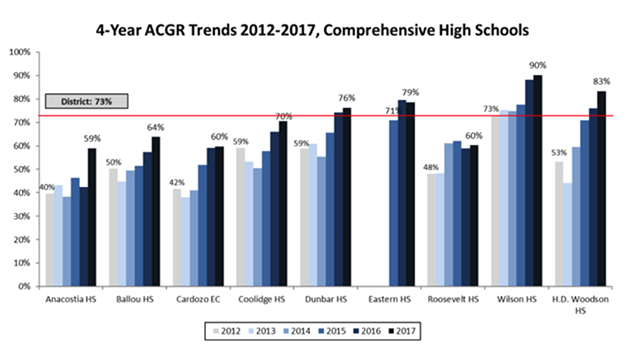 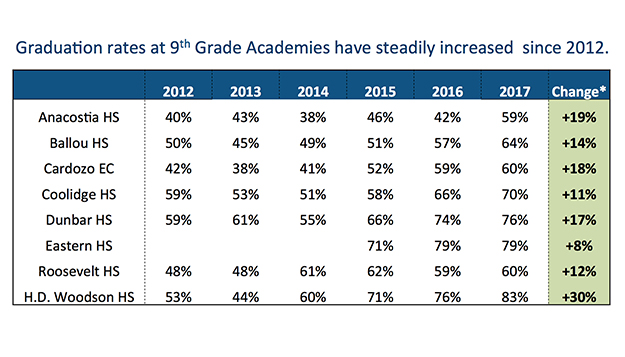 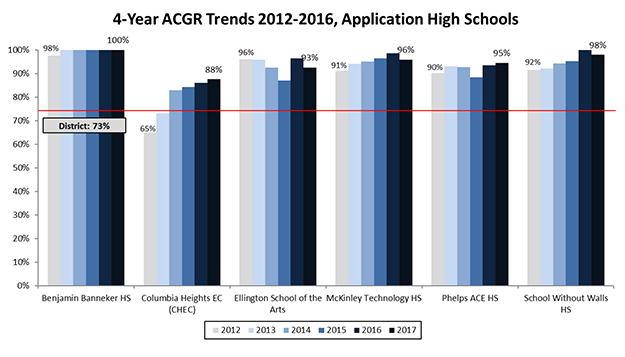 “In 2011, the chance of graduating high school was the same as flipping a coin; students had a 50-50 chance of graduating in four years,” said Chancellor Wilson. “Increasing 20 percentage points in six years is due to the dedication of our teachers, school leaders, and staff as well as the hard work of our students. In our new strategic plan, we will double down on our college and career supports to accelerate student growth for all students and to close the achievement gap.”

The graduation rate reflects the Adjusted Cohort Graduation Rate (ACGR) required by the US Department of Education, which measures the percentage of cohort of students who started ninth grade in School Year 2013-2014 and graduated within four years. This calculation first began in School Year 2010-2011. All numbers included are comparable using this measurement.