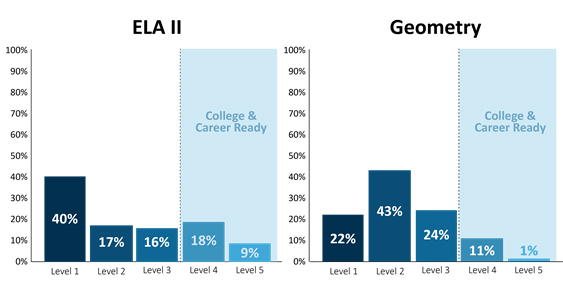 “DC Public Schools used the DC-CAS tests to measure student performance for the past seven years, and DCPS students across the city consistently showed progress on this assessment. However, too many students were not ready for college or a career when they graduated from high school,” said Kaya Henderson, Chancellor of DC Public Schools. “The PARCC scores show that DC Public Schools still has a lot of work to do to prepare every student for a successful future in college and a career. This year’s test serves as an important baseline from which we will work to help prepare all students.”

“DCPS is committed to having difficult, but honest, conversations with families about how their children are doing,” continued Chancellor Henderson. “By working together, we can once again demonstrate significant student achievement.”

“We have seen consistent growth in every metric of success and I expect to see the same with PARCC in the coming years,” said Chancellor Henderson. “I am confident that DCPS is on the right track for ensuring all of our young people are college and career ready, and that we will see our scores improve each year.”

DC Public Schools is outperforming the citywide results, especially among our application schools, including Banneker and Schools Without Walls. 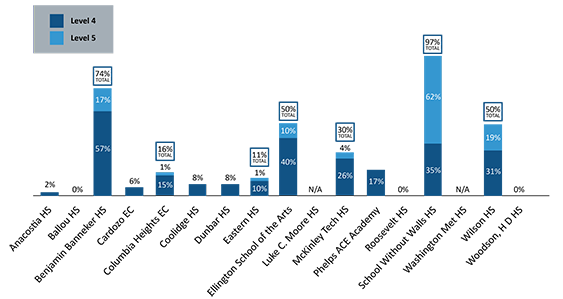 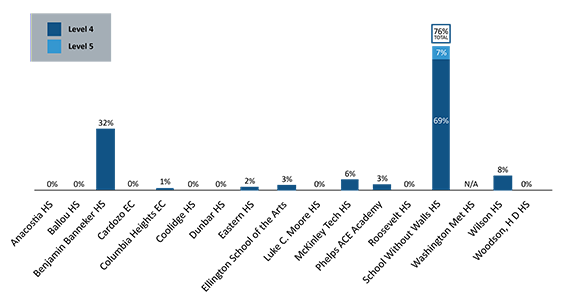 DCPS is making critical investments in high schools to ensure students are on track for success in college or career, and that PARCC results will increase each year. In our ninth-grade academies, seven of our eight academies show significant increases in student promotion rates to the 10th grade with three schools showing an increase of more than 20 percent. The number of students taking AP courses and AP exams has increased steadily each year, with 4,600 students taking AP exams in 2015, up from 3,000 in 2010.