The DCPS Engagement and Partnerships Office’s Community Action Team (CAT) is comprised of four individuals who serve communities based on DCPS Clusters.

Each CAT member is responsible for building and sustaining strategic relationships with key community stakeholders, including those who have been historically underrepresented in our decision-making process.

The CAT is also responsible for assisting DCPS stakeholders in accessing information and resources offered by DCPS and communicating external needs and trends back to DCPS.

See the chart below to connect with the CAT member who works with your school community. 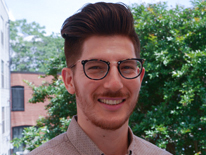 Damian is originally from El Salvador and grew up primarily in the DMV in Silver Spring. He has a passion for putting his skills to work in service of his communities. He worked as a Spanish-English Medical and Community Interpreter throughout the DMV, a Community Sports Organizer and Director in Montgomery County, and most recently as an educator in Ward 1. Damian believes in the power of buying in to create positive change, both individual and systemic. Damian believes all students deserve and need high quality opportunities and high quality support to take advantage of those opportunities. He looks forward to working with and supporting schools and communities on a larger scale. In his free time, he loves playing sports, fishing, and chasing down amazing meals with friends and family. Visit the Facebook page. 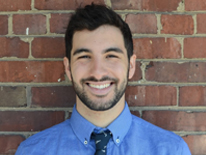 Bijan Verlin strongly believes in the power of communities and their voices. As the Community Action Team Specialist for Clusters 4 and 7, Bijan is excited to put students and parents at the forefront of the conversation. Bijan began his teaching career in his native Philadelphia. He eventually moved to San Francisco where he continued teaching high school chemistry and began coaching resident teachers. In San Francisco Bijan worked with parents to start a parent teacher organization which advocated for and won key reforms on behalf of students. After moving to Washington D.C. to work on education policy for U.S. Senator Brian Schatz, he felt the pull to return to serving students and their communities. Bijan holds a Bachelors in English Literature from Northwestern University, and a Masters in Secondary Education from the University of Pennsylvania. You might find him in his natural habitat biking around DC!Visit the Facebook page. 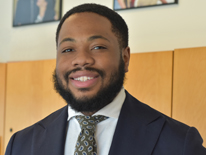 Quintin is a 6th generation native Washingtonian who grew up in Ward 8. He attended The Naylor Road School, then attended St. Vincent Pallotti High School in Laurel, MD. He is currently a Ward 5 resident and father to Zola Floyd, future class of 2036. Quintin has served as an afterschool coordinator and most recently as a community outreach assistant in the Mayor’s office. He believes that all children deserve a quality education, equitable access to opportunities, and that all voices are needed to create change. Visit the Facebook page. 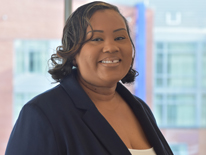 Sharona is a native Washingtonian who grew up in Wards 7 and 8. She attended Martin Luther King Jr. Elementary School, Jefferson Junior High School, and Ballou High School. She is a Ward 7 resident and mother of four Ballou graduates, Class of 2015, 2019 2021, and 2022. Sharona currently serves as the PTSA President at Ballou High School and has served on a variety of education committees, including the Chancellor’s Parent Cabinet and the DC Advisory Committee on Student Assignment. She believes that all children deserve a quality education, no matter where they live. Although Sharona works with school communities across the city, her goal is to engage more families and community stakeholders, especially those who live East of the River.  Visit the Facebook page.