The percentage of DC Public Schools students who are graduating in four years increased to 69 percent for School Year 2015-2016, an increase of five percent since 2015 and 16 percent since 2011.

“I’m thrilled that our four-year graduation rate continues to grow because each data point of progress is a student graduating from our schools ready for college and career,” says Chancellor Kaya Henderson. “We must continue this work so that every student is receiving a high school diploma and prepared for their next step in life, whether that is college or career.” 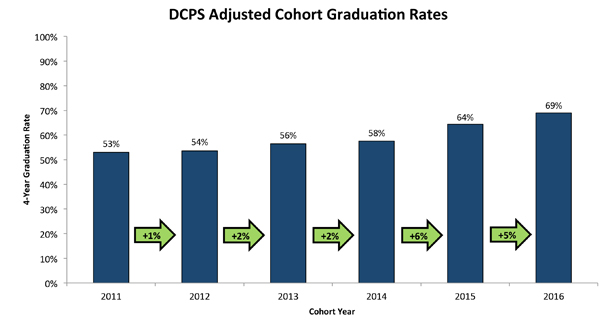 “The Wilson community should be proud, but not surprised that Wilson has seen a 10 point jump in our graduation rates,” said Kim Martin, principal of Wilson High School. “We see from our AP scores, student grades, and other measures that Wilson students are not only ready for graduation, but for college and career after they leave our doors.” 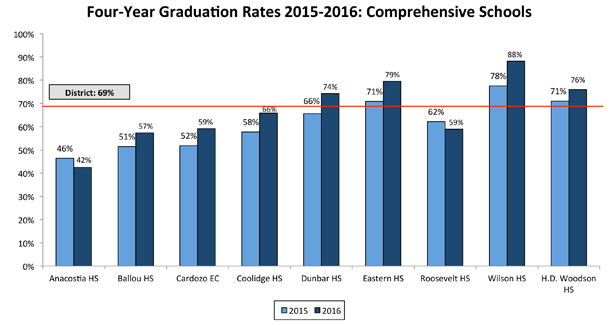 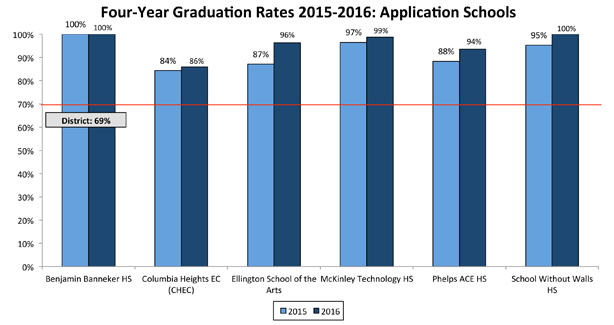 This graduation rate reflects the Adjusted Cohort Graduation Rate (ACGR) required by the US Department of Education, which measures the percentage of cohort of students who started ninth grade in School Year 2012-2013 and graduated within four years. This calculation first began in School Year 2010-2011. All numbers included are comparable using this measurement.

The Capital Commitment set a five-year goal of a graduation rate of 75 percent by School Year 2016-2017.