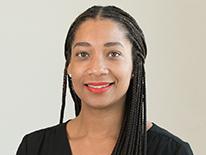 Kortni Stafford is the new principal of McKinley Middle School and McKinley Technology High School. Prior to joining McKinley, Ms. Stafford was the Principal of Kelly Miller Middle School in Washington, DC.  As Principal of Kelly Miller, she has increased parent participation in home visits and Students led conferences by 6%. Previously she was an Assistant Principal at McKinley Technology High School where she is the instructional leader over the Math, Science, STEM, and World Language departments.  Kortni Stafford has completed the Mary Jane Patterson Fellowship, which is an intensive 18-month program to build DCPS leaders into extraordinary principals. As a fellow she attended executive leadership sessions at the Georgetown University McDonough School of Business, received personal leadership coaching, was mentored by two high performing DCPS principals, and completed principal residences at West Education Campus and Columbia Heights Education Campus during the 2013-2014 School year. Prior to being a Mary Jane Patterson Fellow Kortni Stafford has managed an array of initiatives in her role as an Assistant Principal at Ballou Senior High School. Among her primary responsibilities, she managed the Freshman Success Academy, which has the imperative task of boosting school retention and promotion rates. Ms. Stafford also led Ballou’s academic leadership team in the creation and implementation of a school wide literacy plan and professional learning community that work together to increase literacy skills for the students of Ballou. In addition to her responsibilities at Ballou, she also served as the District Director for the renowned AVID Program (Advancement Via Individual Determination) for Perry Street Preparatory Public Charter School. Further, she is a selected participant in the ASCD Emerging Leaders program, which prepares promising leaders on a national level.

Ms. Stafford is a former Science teacher of 7 years in Prince Georges County Maryland and San Diego, California. Ms. Stafford earned her undergraduate degree from the University of Maryland in Animal Science and Biology, an Executive master’s in leadership degree from McDonough School of Business at Georgetown University, and a Masters from Bowie State University in Education Administration and Supervision. She holds teaching and administrative certifications for Virginia, Maryland, and California.

Ms. Stafford currently resides in Washington, DC. When she isn’t working, Ms. Stafford enjoys spending time with her friends and family, riding bikes, and reading. Ms. Stafford’s passion in DC Public Schools is based on her desire to provide every student with a high-quality education that is thoughtfully geared to their individual learner needs.