On Thursday, at 2:30pm, while Mr. Barry’s body lay in repose at the Wilson Building, DCPS schools in Ward 8 released balloons in his honor at the same time (many schools released 78 balloons to reflect Mr. Barry’s age when he passed away). As the balloons filled the sky, our school communities paused to remember Mr. Barry and his unyielding commitment and belief in the students, families, teachers, principals and school staff in Ward 8 and the District of Columbia. 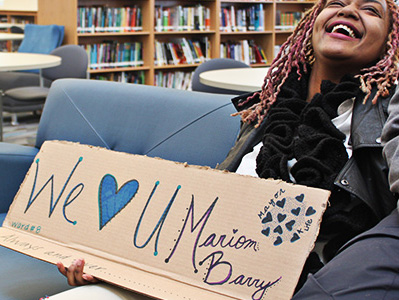 Every student at Anacostia High School filled their stadium to celebrate Barry's life. Students made signs and cheered as they heard speeches from Mr. Anthony Motley, friend of Mr. Barry, and Assistant Principal Rhonda Humphries. 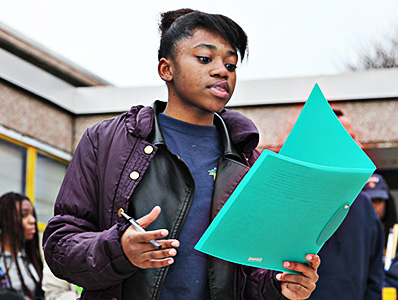 Tyandra Ames, a Ballou High School junior, shares an essay she had written about Mr. Barry. “Because of his efforts [as Ward 8 Councilmember], we have a new building in the making, and we are proud to say thank you.” Ballou will move into its new building in the beginning of 2015. 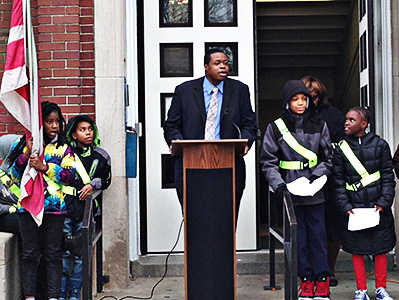 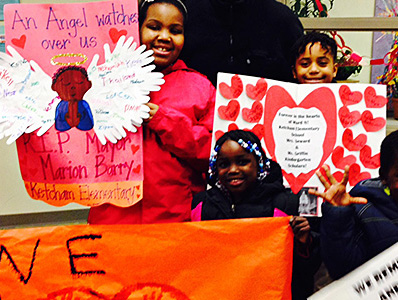 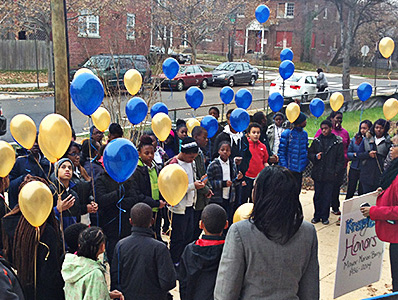 Twenty students from each grade came together at 2:30pm to release 52 balloons for the 52 years of Mr. Barry’s public service. . 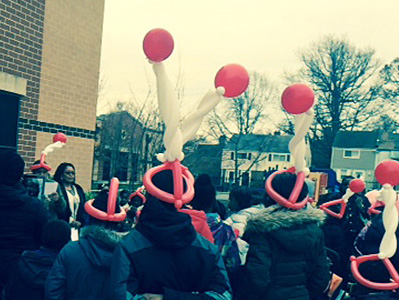 Two students from each grade level heard speakers from the school share their memories of Mr. Barry, then released balloons. 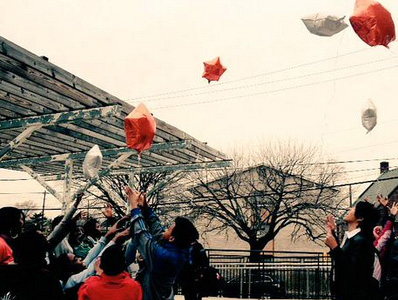 Savoy students paused to remember Mr. Barry and released star-shaped balloons into the sky to join the heavens. 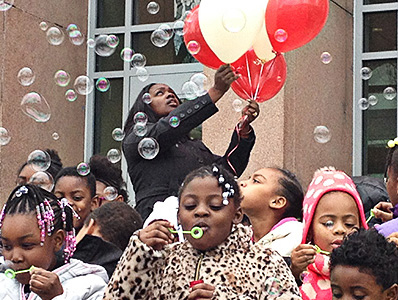 78 Students at Stanton stood outside their building and blew bubbles to honor Mr. Barry and held a moment of silence to remember his work and dedication to the city and schools. 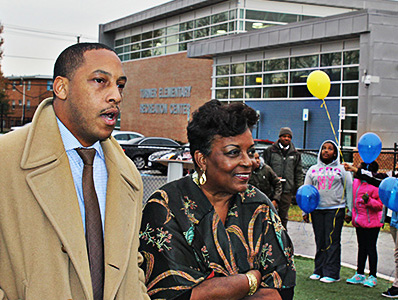 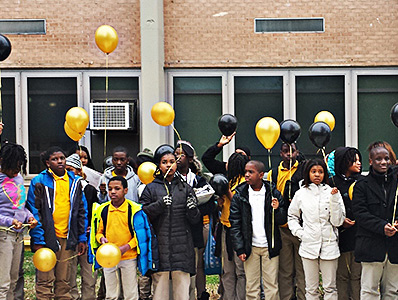 Students filled the gymnasium to hear about Mr. Barry, then released balloons colored gold and black, their school colors. 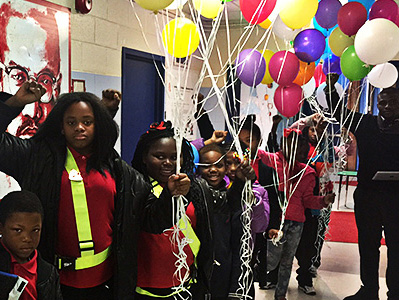 Malcolm X Elementary created a video for Marion Barry: “He was a great man. He was a man of perseverance. He was not afraid to let others know that he knew D.C. better than anyone.”