DCPS Enrollment Continues to Increase in Fourth Year of Growth

“There is no more important measure of our progress than increased enrollment,” says Chancellor Kaya Henderson. “More parents are trusting their students to DCPS because we are offering great opportunities and helping students realize success. I am excited to see our enrollment continue to grow in the coming years.” 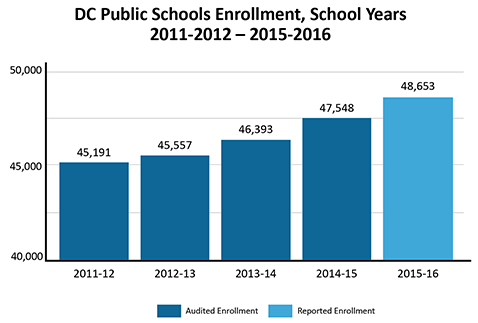 The audited enrollment numbers for School Year 2015-2016 are scheduled to be released in early 2016.