Today, the American Institutes for Research released a new report, Looking Back to Move Forward: Progress and Opportunity in District of Columbia Public Schools[PDF], looking at the five years of progress at DC Public Schools, as well as areas to continue to work to close the achievement gap and ensure that every student at DC Public Schools receives a high-quality education.

The report finds that DC Public Schools is the fastest-improving urban school district in the country and has made significant gains on student achievement, graduation rates, Advanced Placement exams, student satisfaction, and attendance, but has large achievement gaps by race and socio-economic status. 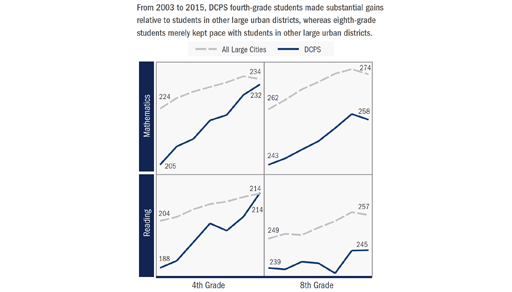 “DC Public Schools has made tremendous progress for students across the city, and has changed the life trajectory of thousands of young people,” said Antwan Wilson, Chancellor of DC Public Schools. “But far too many students have not been set up for success, letting where they start determine their life outcomes. We must and will work to close the achievement gap, so that every student feels loved, challenged, and prepared for college and career.”

Stark gaps persist between students of color and their white counterparts in achievement rates, graduation rates, and post-secondary paths. According to the report: 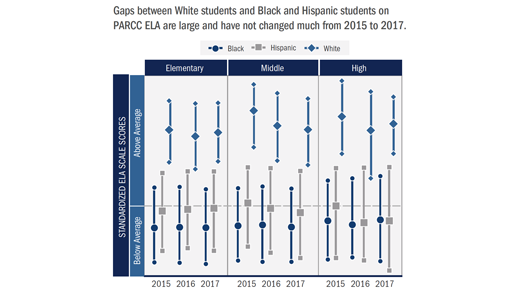 Download Looking Back to Move Forward: Progress and Opportunity in District of Columbia Public Schools here[PDF].

On Friday, DC Public Schools will release a new five-year strategic plan to both capitalize on the progress laid out in the Capital Commitment and address the greatest areas of need for DC Public Schools.

Looking Back to Move Forward: Progress and Opportunity in District of Columbia Public Schools